Get answers to your top vaccine questions and more.

​A virus makes its way around the globe causing sickness, death, and spreading panic. Avoid crowds, the public is advised. Wash your hands. Avoid spitting in public. “Are you following this coronavirus thing?” asked Robert Hicks, former director of the Mütter Museum, as he took a seat in an office tucked behind the rooms of antique display cases of anatomical specimens. “Some striking similarities to 1918.” The “Spanish flu” pandemic of 1918-19 — the subject of a new, ongoing exhibit at the Mütter, a medical history museum — is often overshadowed by World War I, but it killed tens of millions of people worldwide. With nothing to offer the sick but palliative care, influenza was as frightening as the COVID-19 coronavirus is today.

Is a 'Universal' Flu Vaccine on the Horizon?

Work is proceeding apace on a "universal" flu vaccine capable of protecting humans from all forms of influenza, researchers report. A single dose of a synthetic universal flu vaccine called FLU-v appears capable of providing safe long-term protection across a broad spectrum of influenza viruses, a new clinical trial has shown. FLU-v outperformed a placebo in elevating people's immune response, as measured by a number of different biomarkers related to the immune system, researchers found.

How do scientists create vaccines for new viruses?

As concern about the COVID-19 coronavirus outbreak spreads across the world, scientists are working to develop a vaccine. Over 3,800 worldwide have died of the virus, which first appeared in the Chinese city of Wuhan in December. The World Health Organization (WHO) has flagged the outbreak as an international emergency. When the virus began, Chinese experts unravelled its DNA in record time. Now, hundreds of scientists around the world have begun to create a vaccine, which, according to WHO estimates, could take a year and a half to produce. The development of a vaccine can take years, with no certainty of result. Some diseases, such as HIV, have been studied by scientists for decades without a vaccine to be found.

​Early in December the initial cases emerged of what is now identified as a novel form of coronavirus. To date this virus has traveled to 60 countries, infected more than 85,000 people, and resulted in 2,918 deaths globally. Within the United States several people have been infected and at least 14 deaths have been reported. Last week Gov. Jared Polis confirmed the first two cases in Colorado. Without an effective vaccine, rapid transmission between unprotected individuals occurs, illustrating the importance of a complete vaccination schedule to protect our society as a whole. Colorado is one of 15 states that allows personal belief exemptions for vaccinations. Coincidently, vaccination rates for children entering kindergarten are among the lowest in the country. This lack of regulation on vaccine requirements puts Coloradans, especially the elderly and those with a compromised immune system, at unnecessary risk. 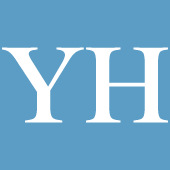 The NHL has not yet advised its teams to prepare contingency plans for playing games without spectators in the arena as a means of protection against coronavirus, even as has the NBA. But if that does become a necessity, David Quinn has experience with the phenomenon. See, the Blueshirts coach was a freshman defenseman who played for Boston University against Lowell in the “Measles Game” at Walter Brown Arena on Feb. 27, 1985, in which spectators were barred because of an outbreak of the disease on campus.

Flu season easing slightly, but not for children

The U.S. is in the midst of a harsh flu season for children. At least 34 million Americans have been sickened with the flu so far this season and an estimated 20,000 people have died from it, with the illness taking a higher-than-expected toll on children, the Centers for Disease Control and Prevention reported Friday. As of Feb. 29, there also were 136 flu-related deaths in children reported this season. That total is higher than every season since reporting began in 2004-2005 with the exception of the 2009 pandemic, the CDC said.

Utah woman may be longest living polio survivor in the U.S.

A Utah woman could be the longest living survivor in the U.S. of a renowned pandemic. At its peak in the middle of the 20th century, polio killed half a million people every year. Longevity despite hardship came down to one thing: extraordinary strength. In Butch Cassidy Country, you have to be strong to survive. It’s where you’ll find 97-year-old Loraine Allen – in a nursing home inside a wing of Garfield Memorial Hospital in Panguitch. Although hard of hearing, Allen is surrounded by sounds. The sounds she loves most, though, are the voices of her family, and memories of a time of struggle.

Health officials are investigating an outbreak of mumps that started among employees of Keystone Resort in Colorado. Of the 19 cases identified so far, 18 of them are resort employees. “It’s not going to be surprising to see that number change as our investigation continues,” said Sara Lopez, nursing manager with Summit County Public Health, which identified the first three cases about a month ago. She said at this point it’s unclear how the one non-employee came down with the illness.