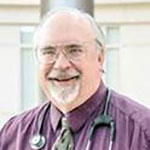 Dr. Martin Pirnat has served on the Board of Directors since 1999 in various roles, including President and Vice President. Dr. Pirnat is a native of Colorado Springs and he graduated from the University of Colorado, Boulder, and subsequently from the University of Colorado School of Medicine in 1974. He completed his Family Medicine Residency at the San Bernardino County Medical Center in San Bernardino California in 1977 and has been boarded by the American Board of Family Medicine since that time. Dr. Pirnat has retired after being in practice in Durango, Colorado for the past 40 years, practicing the full scope of Family Medicine including obstetrics, as well as teaching medical students. He was awarded the “Walking Stick” award from the medical school in 2003, and in 2006 was named “Colorado Family Physician of the Year” by the Colorado Academy of Family Physicians. Dr. Pirnat and his wife, Charlotte, make their home in Durango and are the parents of one son, and the grandparents of a granddaughter in Cleveland, Ohio (who is up to date on her immunizations).